I lied ... the term "photographer" is a complete stretch.

Around the time of Kate's 40th birthday, I first saw the work of Cuban-American visual artist Alex Nunez. There were numerous images of a mainly naked Kate, covered by dazzling colors, swirls and textures.

And she was glorious. 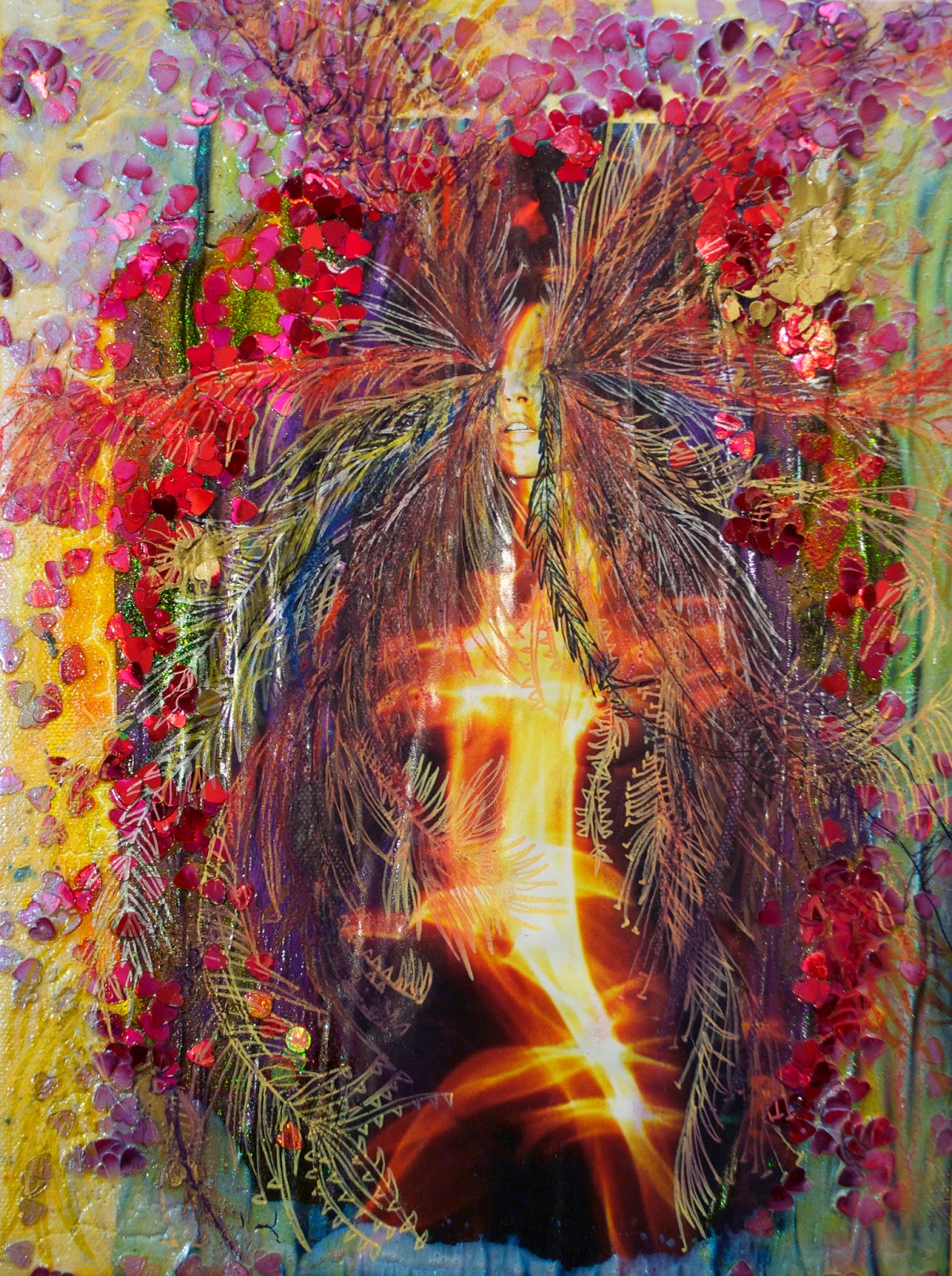 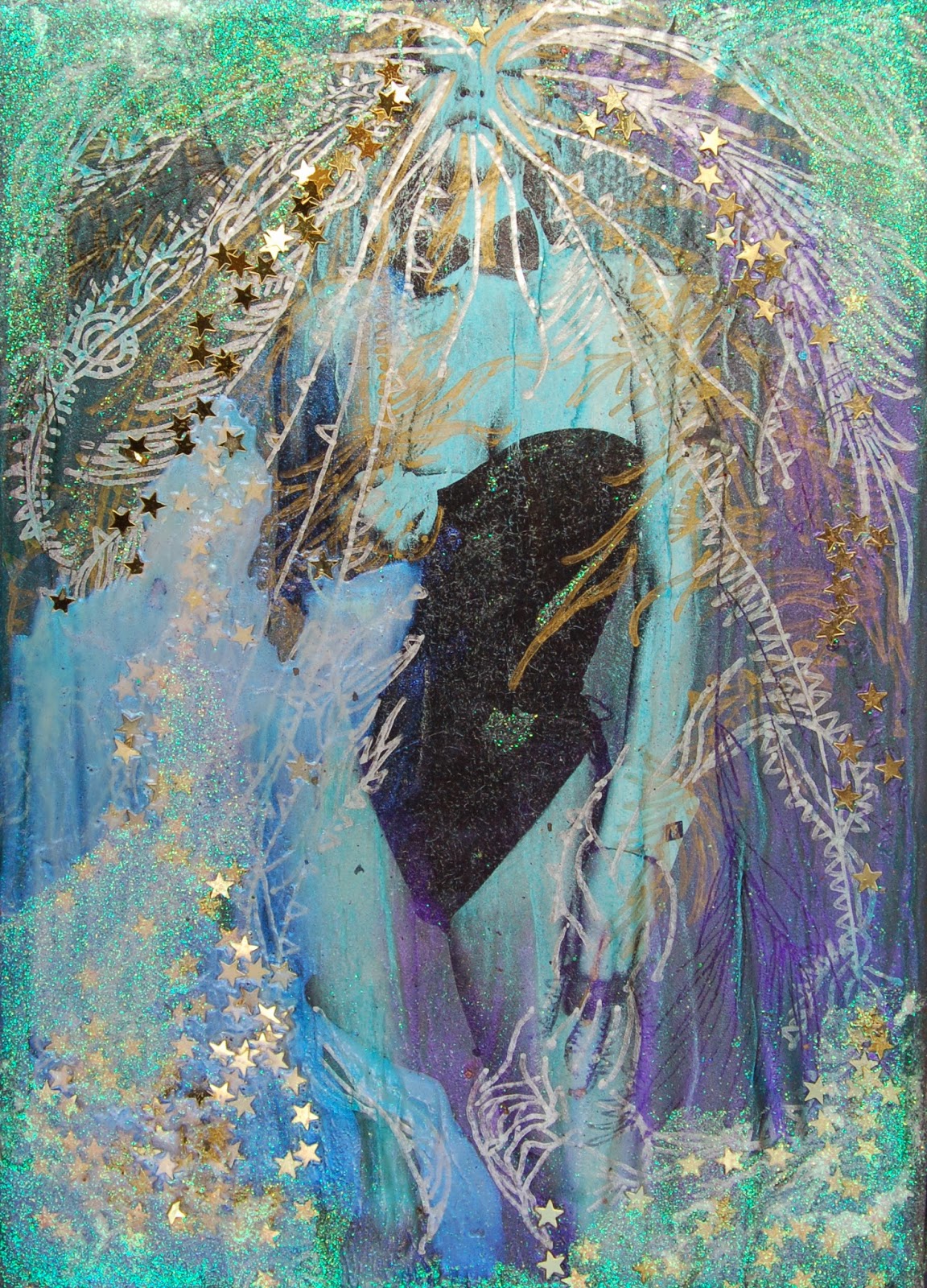 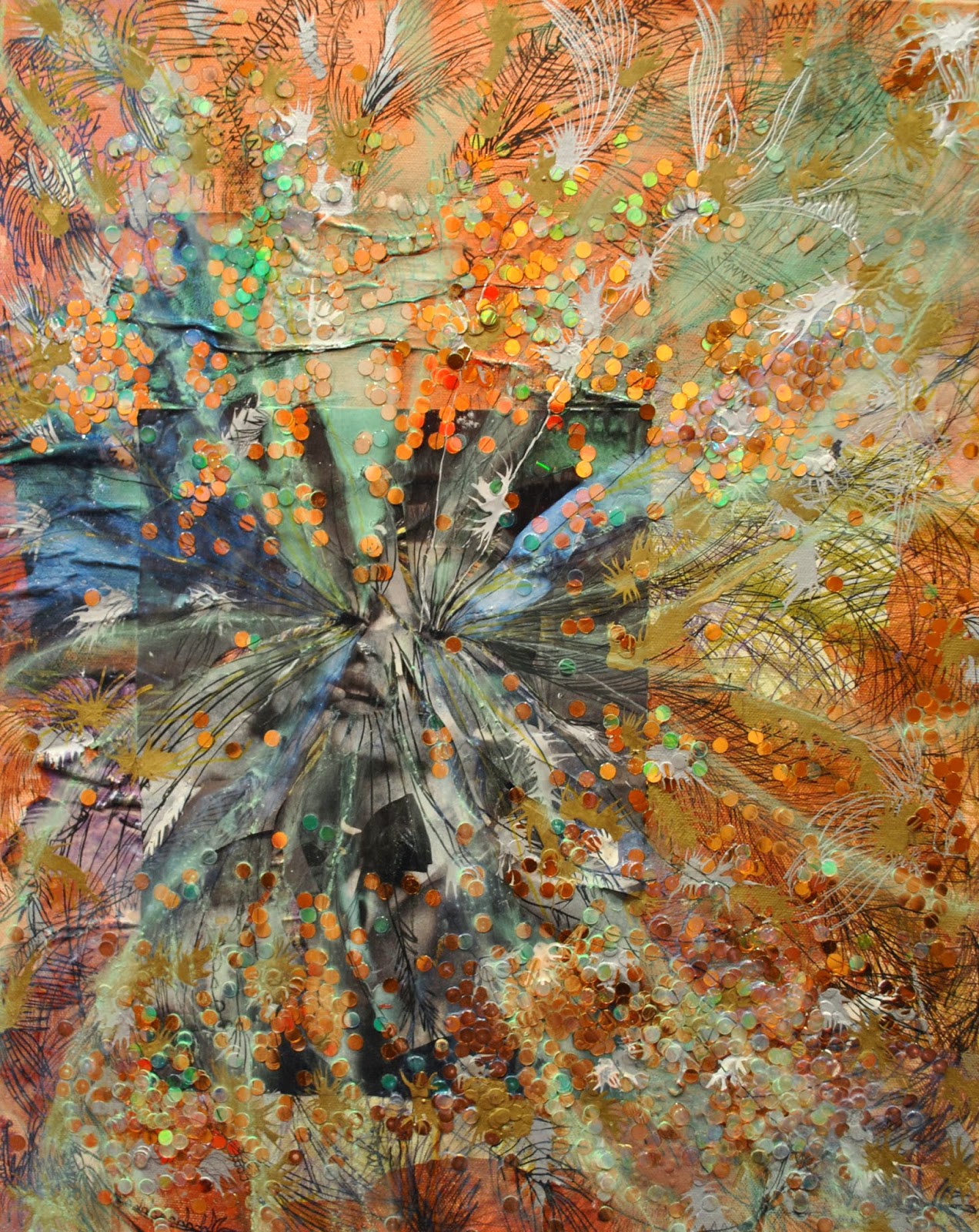 Alex creates "portals that reveal the constant mutation of seemingly recognizable imagery", creating layers of frenetic energy that are made visible and transform the familiar. She refers often to her layering as veils "concealing the origin of activity, veiling both the process for making the work and the narrative starting point suggested in the work". Born in Florida, studied in New Orleans, Florence, Barcelona, Boston and now NY, in her young career she has already been highlighted as an emerging artist at Marianne Boesky Gallery and was recently featured in El Museo del Barrio’s Biennial.

She showed me ten pieces of art she created featuring kate, all of which are featured in the www.ishotkatemoss.com collage. Alex told me: I have been collecting images of Kate for as long as I can remember. Most of these works are from her recent Playboy spread.

iskm: Why Kate Moss? Why is she so interesting to you?
AN: I have been using collage in my work for years. I mainly use LIFE and TIME magazines from the late 1960's and early 1970s. Even though I mainly work with older magazines, I do have an obsession with the 1990's supermodels - mainly Kate of course ... I have always been intrigued by her ability to completely transform herself in each shoot, she has an incredibly captivating gaze. I feel that these modern images are timeless and are refashioned in a manner such that when they were taken is irrelevant.

iskm: Can you talk about the materials you use? Why do you use them as you do?
AN: I start with the image and begin the line work, varying colors and adding levels of focus. I use pastel chalk, ink and oil based pens to draw over the image. Acrylic paint is then applied in pools, with confetti and glitter occasionally sprinkled in. After waiting for the piece to dry and looking at the work over and over again, more layers of line work are added. Loose iridescent pigment is also mixed in the paint to create oil like waves in the water. The piece is a constant process of layering, knowing when to push and pull areas of focus. The most difficult part is learning when to stop.

iskm: Many of your pieces have brilliant titles (such as “my worst behavior”, “.…whips flesh as well as soul”, “Somewhere around the second whiskey I want to aggressively text you”). How and why do you title the work with the names that you do?
AN: I think of titles at various stages of progress while making a piece. Sometimes I will name a work months after it is complete. A majority of my titles come to me during my commute. These titles serve as a diary - inspiration is taken from movies, friends, experiences and my surroundings.
These paintings are a celebration of obsessive acts of recording personal history and newly formed memories. By refashioning our surrounding world, history is transformed.

iskm: So choose one of the ten to highlight to our the iskm blog readers
AN: "you could have it all" is my favourite of the series. Would love to show that.


iskm: How/why did you select the source image/s that you did?
AN: I selected the Love image because I was drawn to how she was submerged in the water, with her eyes and lips as the main focus. I also loved the blues present in the tub contrasting with the lips and LOVE title. These lines reveals a hidden aura.

iskm: The feathered lines from her eyes are really interesting and you use that technique with a number of kate images. Is this because of your interest in her gaze specifically? Is it outward looking or are you trying to draw people in towards her focus?
AN: I feel its a bit of both. With a majority of my collage work (and mainly in this series) I create feather-like line-work stemming from the eyes of the subject. When drawing these lines I always start with the eyes and move outward. However, I feel that these lines equally attract the viewer to her gaze as they do to draw attention to her projection.

iskm: Which photographer/artist would you most want to most see involved in ishotkatemoss?
AN: Marilyn Minter and would love to see Wangechi Mutu use kate in a collage.

Many thanks Alex. Your images are so unique, and I am so pleased we found you! For more information about Alex and to see more of her work, visit www.alexnunez.net or her blog shockinglyunambitious.com! And of course don't forget to see all ten of her submissions at www.ishotkatemoss.com.
Observe, slow down, shoot and submit!
Posted by ishotkatemoss at Tuesday, March 04, 2014
Email ThisBlogThis!Share to TwitterShare to FacebookShare to Pinterest